A piano teacher's notes and successes!

I am excited to have you join our musical family! I have heard most of you play and you are embarking on your first week of practice with great goals and direction with your musical education. I plan to send out musical notes once a month and focus on a different time in history and composer from that period. We will start with the Baroque Period which included musicians such as Johann Sebastian Bach, François Couperin, George Frideric Handel, Jean-Philippe Rameau, Domenico Scarlatti and Georg Philipp Telemann. All the Baroque Period composers lived during 1600-1750.

Elaborate detail, powdered wigs, ruffles and jewels were characteristic of the Baroque period. In music they were fond of ornamentation like trills, mordents and turns. Piano music during this time period was not played on a piano. In fact they didn't even know what a piano was, it hadn't been invented. They played on an instrument called a clavichord or harpsichord. Clavichords produce a small, delicate sound. They were played mainly in salons and at dinner parties. Most musicians in great halls played on a harpsichord which were louder with a bigger sound. Notice that the harpsichord also has the color of the keys backwards! Black where there is white on a piano. 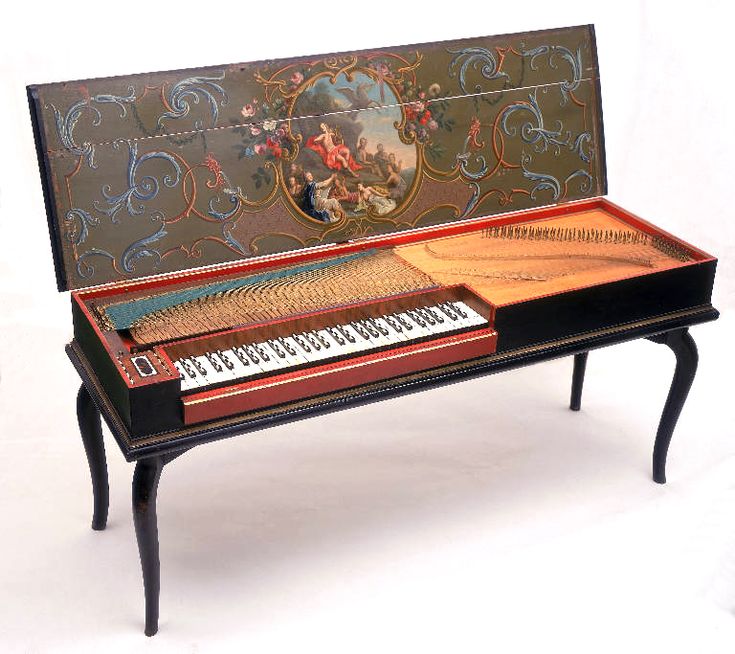 Music in the baroque period was played in polyphonic texture. This music often has a right and left hand melody playing against each other or rather in a two or three way conversation. Baroque period music is also often written in binary form with an A and a B part of the song. Much of the music was written in as a dance of the day like a minuet, gavotte, gigue, polonaise, march, bourse and courante. Preludes were written to be played before another piece as the name implies.

Music to listen to by J.S. Bach

Anna Magdalena Notebook on harpsichord - I prefer a piano, but this is probably how it sounded to Bach!

Concerto for 4 pianos - This is an amazing recording with 4 of the greatest pianists of our age.

The Well-Tempered Clavier - I love this recording. Although not very harpsichord like, it is very calming I love having adventures with my sweetheart of 25 years! My musical journey has been an adventure and continues to inspire me as much as climbing mountains! Proud mother of 6 children who all play the piano and grandmother to one amazing grandson who will certainly play the piano some day!